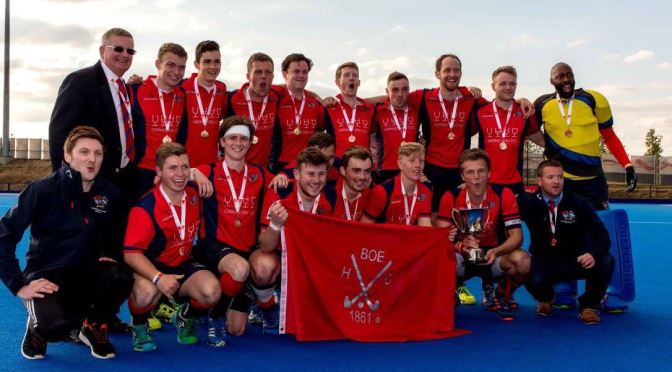 On the last day of the 2012 season the Blackheath HC 1st XI travelled to Crawley knowing that anything other than a win would see the team relegated to Kent Division 1 and a departure from Regional hockey for the first time in decades. The disjointed squad had battled long and hard all season with little success and the demise of the club and the Men’s 1st XI was becoming a very real possibility.

With just three Men’s and two Women’s teams, no junior section, no permanent home pitch and a dilapidated clubhouse far from anywhere, the 151-year existence of ‘The Oldest Hockey Club in the World’ was in real danger of collapsing and disappearing into the history books for good. This would be a terrible shame for a body that was one of England’s leading hockey Clubs during the 1970’s and 80’s. So with the words of Neville Miroy, who stated in his book “The History of Hockey” published by Lifeline Ltd for the England Hockey Association Centenary in 1986:- “The first Hockey Club was undoubtedly Blackheath” ringing in our ears and urging us on, the diehard membership knew something had to be done. Time was not on the club’s hands. So as Sam Dawes and Luke Kellaher found the net with minutes to spare and secure victory at Crawley – a life line was thrown to ‘The Club’ which several hands duly grasped.

The ‘Olympic Summer’ of 2012 will forever be a pivotal moment in the history of Blackheath HC. The search to find a home venue with clubhouse and pitch at the same location was finally forged with Eltham College. The school itself had only started coaching and playing hockey in early 2000 and the Headmaster at the time, Paul Henderson, worked closely with the new Chairman, Matt Wilde, to establish an alliance with Blackheath HC that would change the club and school for the better.

The school did not have an Old Boys Hockey Club and Blackheath HC had no semblance of a Junior section. The want and need for both to have what the other could provide was clearly evident and so, with a partnership in mind, Blackheath would embrace the bond and change their name to Blackheath and Old Elthamians HC to reflect this link. The Clubs 151 year legacy would remain intact but a new destination for Eltham College students, past and present, would be born and, as they say, the rest is history. 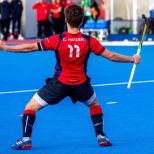 What would follow in the next 5 years is a story worthy of any bedside fable as current and new members joined forces with Old boys and girls of the school to create a club that would see unprecedented success. This fruitful endeavor also embraced and spread to the local community resulting in 13 promotions across the Men’s and Women’s sections, unprecedented membership growth, a 250 strong Junior section and successful National Cup runs. All confirming that the decision to unite the club and school was a wise and productive venture.

The merging of the Men’s and Women’s committee’s would galvanise the club and their hard work enabled the Club to become force in Kent and the South once more. The tireless voluntary work of members throughout would establish a club very much ‘on the up’ and the player base would see the Men’s side return to the South Hockey Premier League and the Ladies to the East League in an unstoppable juggernaut of passion and aspiration.

Fast forward to the 29th of April 2017 and as Men’s 1st Team Captain Chris Harden triumphantly lifted the England Hockey Trophy high above his head in front of over 300 Club members at Lee Valley Stadium in the Olympic Park in East London, Blackheath & OE’s confirmed that they were indeed ‘back’ from the dead and pushing to become a real strength in the hockey world once more.

These things don’t just happen. The dedicated efforts of the club’s volunteers at both junior and senior level has been nothing short of outstanding. The commitment from all players & coaches to embrace a professional atmosphere throughout the club is incredible. Every team trains as a squad across four nights a week with high level coaches overseeing the development of both teams and individuals. With a range of teams at various levels the club provides a real opportunity of ‘hockey for all!’ With over 250 juniors playing and training on a Sunday morning as well as an extensive hockey in schools programme involving another 400 youngsters the future and legacy of the club is bright.

Saturday 20th of May sees a strong Club delegation travel to Leicester to for the England Hockey Awards 2017 with Chairman, Matt Wilde, nominated for the  ‘Unsung Hero’ award for the second consecutive year, Women’s stalwart Karen Stevenson nominated for ‘Hockey Maker of the Year’ and the Club once again nominated for the coveted ‘Club of the Year’ having been a runner up in 2016. The Club was also a finalist in 2017 for EHF ‘European Club of the Year’. These nominations alone are a wonderful recognition of everything the club is trying to achieve.

The good work will not stop here and as we move towards the 2017/18 season and our 157th year the Club enters another exciting phase. A rebranding of our name and logo to become Blackheath and Elthamians HC, planning permission is awaiting final approval for a second Astroturf pitch and a brand new club house on site at Eltham College plus additional growth in our Junior section. All of which will enable the club and sport to grow further.

Blackheath and Elthamians HC is a wonderful place to be and everyone who joins makes positive reference of the togetherness of the club from top to bottom. Make no mistake, this club is back where it belongs and the future holds many more exciting and successful stories.

All players and officials of any age or ability are welcome.
www.blackheath.co.uk

One thought on “TROPHY SUCCESS CONFIRMS A RETURN TO THE GOOD TIMES FOR THE OLDEST HOCKEY CLUB IN THE WORLD: BLACKHEATH & ELTHAMIANS HC”