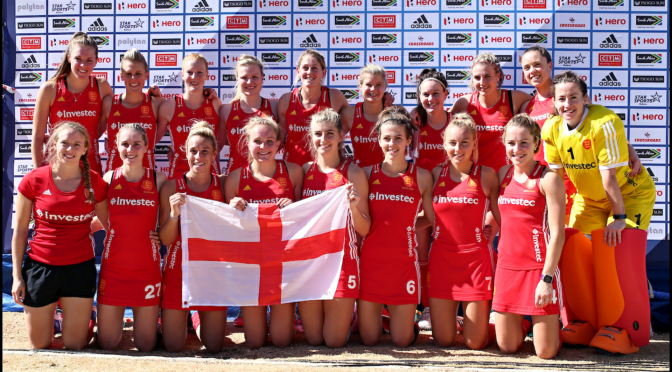 England powered to a 5-2 win over Argentina to claim bronze at the Hockey World League Semi-finals in Johannesburg.

A brace from Giselle Ansley and strikes from Sophie Bray, Susannah Townsend and Laura Unsworth guided England to victory in an enthralling encounter.

Having lost to the USA in a shootout in the semi-final, England responded in a big way to convincingly beat world number three ranked side Argentina to finish the tournament on a high.

David Ralph, standing in for the unwell Danny Kerry, said “We are delighted with the result today and what pleases us most is our performance. To pick ourselves up from the semi-final result and play like that shows the character within this group. Argentina are a good team and we knew it was going to be tough, so it’s a pleasing result for us.”

The game’s first chance fell to Argentina inside just four minutes but the shot flew high over the bar. England responded though but Grace Balsdon’s high drag flick was well saved by Belen Succi who palmed away the effort.

Two minutes before the first break of an even opening quarter England took the lead. Lily Owsley broke down the right with a powerful run into the circle, her cut back caused a scramble inside the area which saw the ball fall to Bray who tapped home from close range.

Argentina fought back in the second quarter forcing Maddie Hinch into action, she saved well from Noel Barrionuevo’s penalty corner but moments later could do nothing as Lucina Von der Heyde pulled away from her marker and unleashed a fierce reverse stick strike into the bottom corner.

Shortly before the half-time break England pulled ahead through a fine flowing move on the break, Bray found Nicola White on the right wing who crossed to Townsend whose first time effort slotted past Succi.

However with twenty five seconds of the half remaining Argentina levelled as Delfina Merino got a clever touch on a crashed ball into the circle to deflect past Hinch.

After the break England came flying out of the blocks and soon restored their lead through Unsworth. Danson struck the ball into the circle and Hannah Martin’s deflection rattled the post before Jo Hunter crossed to Unsworth who passed into the open goal. 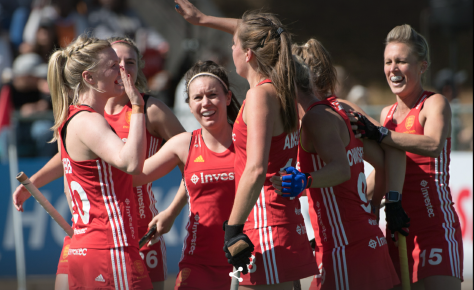 England took this lead into the final quarter and two goals in two minutes from Ansley put England into a dominant position. Good work from Danson won a penalty corner and Ansley converted her drag flick powerfully.

A minute later another storming run from Owsley saw her break into the Argentina half and into the circle where she was brought down by Succi allowing Ansley to step up and finish from the spot.

Some late pressure from Argentina was comfortably dealt with by the English back line as they saw out the closing minutes to seal the win and take bronze.

World-class hockey is coming to London in 2018, as we play host to the Hockey Women’s World Cup. On Saturday 21 July 2018, England will play their first game as hosts. This is a once in a lifetime opportunity for fans to watch England battle it out against the best teams in the world for gold and glory here in the capital city.

Supporters’ chance to secure tickets to the must-see matches to the biggest hockey event in the world is in the Public Ballot on 19 August, and they can sign up here for more information