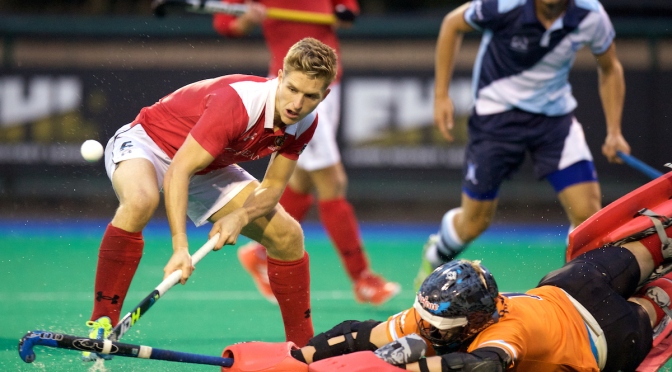 Surbiton could lose up to 14 players from their squad to the England, Scotland, Wales and Canada teams that will take part in the Games and does not wish to participate in the EHL with a significantly weakened squad.

Surbiton’s club captain Mark Waller said: “After our Men’s 1s fantastic achievement of being crowned Men’s Hockey League champions last season, it is regrettable that we have had to take the difficult decision to withdraw from next season’s Euro Hockey League competition.

“But the clash with the 2018 Commonwealth Games means that Surbiton face the prospect of losing up to 14 players (representing England, Scotland, Wales and Canada), who would therefore not be available for selection for the Euro Hockey League.

“This would mean that we would send a severely weakened side to compete at the KO16 stage, which would not only undermine our reputation, but also undermine the Euro Hockey League competition.

“In light of this, and after discussions with both the EHF and England Hockey, it was agreed that the best option was for Surbiton to withdraw on the basis that our place could be taken by another English club side.”

England Hockey understands and supports the rationale for this decision. There is full recognition that this is a highly unusual clash for teams and players.

Following the decision England Hockey consulted with Surbiton, Wimbledon – who qualified for the EHL ROUND1 by virtue of finishing top of the table at the end of the regular season and Holcombe – who finished in third place at the league finals.

England Hockey has agreed that Holcombe will replace Surbiton as their representatives in the EHL KO16 and Wimbledon will retain their place in EHL ROUND1 in October. This decision is taken with the full support of the clubs concerned and has been agreed by the European Hockey Federation and the EHL.

David South, Chairman of Holcombe said, “We are pleased to be a part of the EHL once again and to represent England.

“Our Men’s first eleven had a positive European experience last season, despite narrowly losing to the former champions by one goal, and are excited to get another chance to compete at this level.”