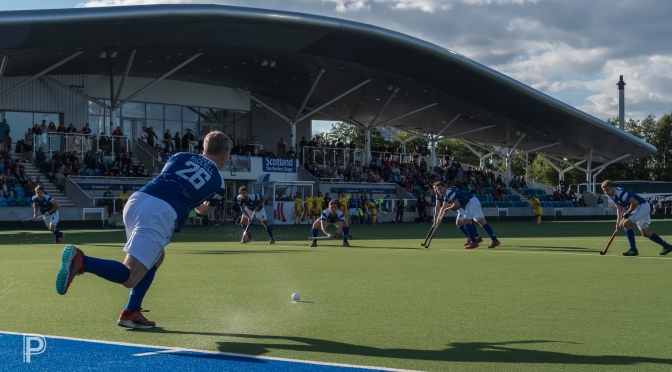 Scotland won their final match of Pool A with a 2-1 win over Ukraine to qualify top of the table and set up a semi-final meeting with Russia.

On the day we saw the 100th Scotland cap for Chris Grassick Scotland left it late to clock up the victory with two Alan Forsyth goals.

Ukraine enjoyed some good possession in the early stages without particularly hurting the Scots. Oleksandr Diachenko had their only real shot on goal but it was easily blocked by Tommy Alexander.

Scotland settled into the match in the second quarter and nearly opened the scoring. A quick break found Kenny Bain in space on the right, he picked out Lee Morton sliding in at the near post but the goalkeeper made a solid save to deny the strike.

Later in the quarter Scotland fashioned another good opportunity down the right. The ball found its way to Alan Forsyth in the D, he turned the defender and went searching for the bottom corner with a reverse stick shot, but was denied by another good save.

Ukraine began the third quarter with a goal. They broke into the Scots D from the left and the ball found its way to Oleh Polishchuk who turned and squeezed the ball past Alexander from close range to make it 1-0.

Scotland set about retaliating when they ploughed through the Ukraine defence and Cammy Fraser, on the turn, cracked the ball toward goal but it was well saved.

Into the fourth quarter and Scotland fashioned the best chance of the match. Grassick found Bain on the left who slid the ball across goal but Ben Cosgrove couldn’t connect for the goal.

Then Cosgrove came close again when another slick passing move found Cosgrove sliding towards goal but his deflection went wide.

Scotland eventually equalised and the goal came via a penalty flick. Alan Forsyth stepped up to strike it and found the bottom right corner to make it 1-1.

Forysth struck again toward the end of the match from a powerful and precise penalty corner to make for a 2-1 victory for Scotland. 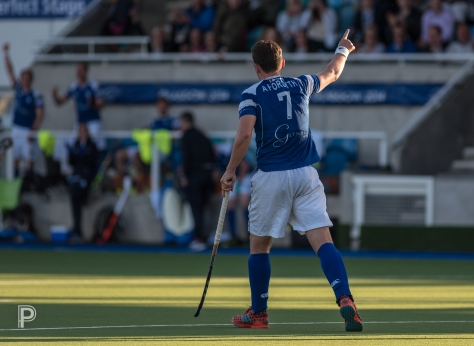