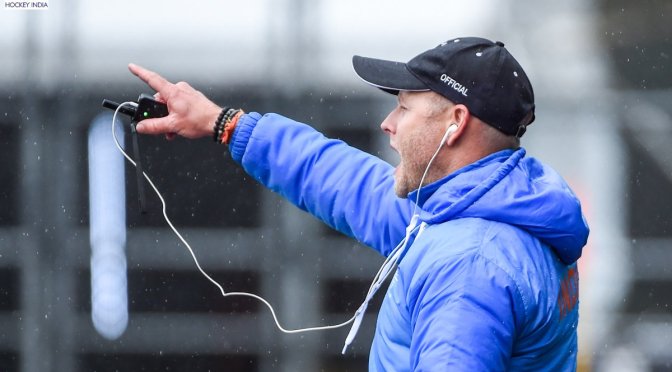 In a seemingly pre-decided move, Indian women’s hockey team coach Sjoerd Marijne has been appointed as the chief coach of the men’s outfit, replacing the sacked Roelant Oltmans.

Meanwhile, Harendra Singh, who led India to gold at the Junior Hockey World Cup in Lucknow 2016, has been named the chief coach of the women’s team, replacing Marijne.

It was only on Tuesday that Hockey India (HI) had invited applications for Oltmans’ replacement after the Dutchman was sacked on Saturday following a string of poor results.

The deadline for submission of applications was September 15 and the tenure was to run till the end of 2020, encapsulating the Tokyo Olympics as well. However, HI withdrew the advertisement on Thursday.

However, Hockey India needed less than three days to make quite a huge change in Indian hockey. The advertisement for a coach was perhaps to fulfill a formality.

8th Sep 2017: @SjoerdMarijne named as the Indian Men’s Team Chief Coach; @HarendraSingh66 to take over as Chief Coach of the Women’s Team.

Marijne, 43, had informed the media earlier that he was not interested in “what’s going on with the men’s team”. But the Dutchman made a U-turn on Friday when he tweeted that he is “excited and proud to take this role”.

Harendra Singh, on the other hand, had expressed his interest to coach the men’s team, saying that he is best suited to replace Oltmans. However, he will have to be content with the job he has been offered with the women’s team.

While Marijne will take charge of the men’s team after September 20, Harendra will get started on Saturday. The Dutchman is currently leading the Indian women’s team in Belgium and the Netherlands from September 5 to 20.

Rathore naming the coach came as a bit of surprise. It is usually the federation’s job after obtaining necessary clearance from the Sports Authority of India (SAI) and sports ministry, who pay the foreign exchange needed for the coach’s fee.

However, Hockey India, did send a congratulatory note to the new coaches several hours after the sports minister ‘broke’ the news on social media.

The decision to name the new coaches were taken in a joint committee meeting between HI and SAI officials on Thursday.