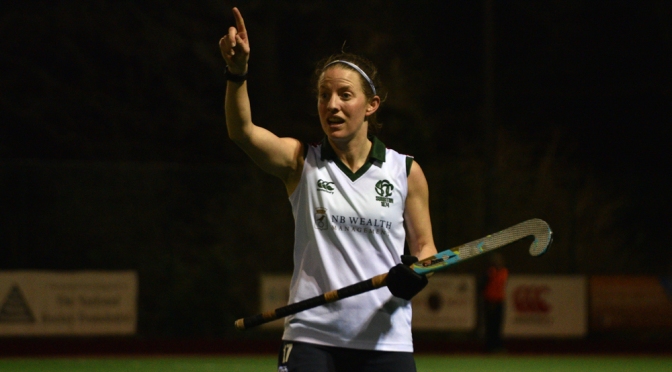 For the majority of hockey players, club hockey is a major part of how you first fall in love with the game. Our Surbiton Ladies team is full of homegrown talent, club stars and GB internationals, but whatever our ‘hockey CVs’ look like as individuals, for us the most exciting part of hosting the EuroHockey Club Cup is having the chance to celebrate how important club hockey is in the bigger picture of our sport.

On a personal note, this will be my eighth European club campaign. Playing at the pinnacle of European club hockey has provided some of the best and most memorable experiences of my whole hockey career and I am so excited to have the opportunity to play at home in the biggest club competition there is.

With Leicester HC I travelled to Scotland, France, the Netherlands and even Azerbaijan, and played in two EHCC finals, losing out to perennial European club superpower HC Den Bosch in 2007 and 2011. All three of our previous EuroHockey Club Cups with Surbiton have taken place in the Netherlands, so it’s brilliant to be able to bring the tournament to England this time around.

On a wider level, hosting this event is a big deal in the context of the challenges club hockey in England is currently facing. The nature of international hockey – in terms of the impact of the upcoming Pro League and the demands of the GB centralised programme – means that we need to come together as a hockey community to help our clubs continue to be a major part of English hockey’s future.

While hockey prides itself on gender equality, a significant gap remains in the way the women’s EHCC and the men’s EHL competition are valued, broadcast and promoted. However, with 40 current internationals set to play at Sugden Road during the EHCC – many of whom are in the final stages of preparing for the Women’s World Cup – there is no doubt that this will be an exciting competition that will showcase some of the world’s best players in their club colours.

England Hockey wants “A nation where hockey matters”. For me, this has to include acknowledgement and celebration of the fantastic work of clubs across the country in providing the vast majority of ‘hockey people’ with their main involvement and exposure to the game. Hosting the EuroHockey Club Cup at an English club is a perfect opportunity to do this.

Surbiton Ladies know that we have a responsibility to go out there and represent English clubs in the best way we can – we want to show how good top club hockey can be and give people a reason to get excited about the quality of our domestic game.

While we’ll be doing our best to make an impact on the pitch, putting on a successful tournament also relies on hockey people voting with their feet to show Europe what English clubs are all about. This is where you come in. If you love club hockey and you can make it down to Surbiton HC, we would love to have your support.

Hope to see you there!