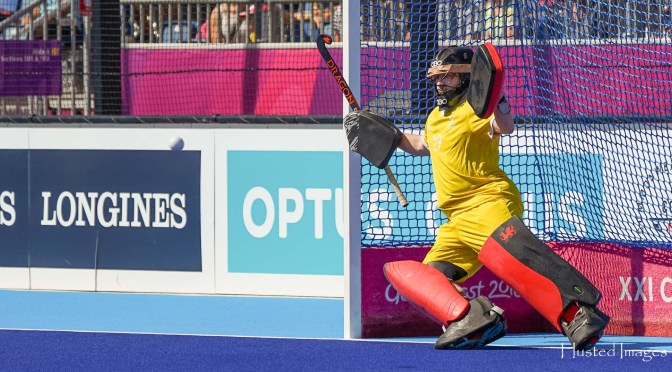 One of Wales’ most capped sportsmen withdrew from international sport last year as his battle with depression worsened, now he is calling for more to be done to help athletes struggling with mental health issues.

In an interview with BBC Sport during World Mental Health Awareness Week, Wales Hockey goalkeeper David Kettle has revealed his own ‘relentless’ battle with depression and the extent to which it consumed him.

“After the Commonwealth Games in 2014 I realised that something wasn’t quite right, I kind of addressed it a little bit through professionals, but just carried on and didn’t really seek any help outside of that,” he said.

“When it got really bad last year I decided to seek help and I withdrew from international sport. But what I found after that is the support for athletes and coaches and everyone is a bit lacking at the moment.”

Kettle, who has captained Wales and is currently on 99 caps, decided to speak out about the support available after his depression became more acute.

“I think everybody wants to help but we don’t necessarily know how to help.

“It was pretty bad. For me it was getting quite serious to the point where I wasn’t sleeping at all and I was really struggling, if I’m honest.

“I think, yeah, it did get to that point [of having suicidal thoughts]. You don’t really know how far it’s got until you get to that point and that’s probably the point where you think I really need to seek some help here,” he continued.

“You do just feel so alone, you feel like no one understands.”

Kettle, who represented his country at the recent Commonwealth Games in Australia thinks it is vital that mental wellbeing is talked about alongside the other essential aspects of an athlete’s regime.

“We don’t really talk about our wellbeing. And from my experience it’s really, really important.

“Wellbeing can be a life and death situation but I don’t think it’s really considered as important at the moment as other aspects of performance.

“I think it will get there but in my experience, it’s not at the moment.

“Mental health is quite complicated, it is quite difficult to understand and I think the more support that can be given to coaches, to athletes, to National Governing Bodies, I think the better.

“Whether it’s financial importance or front of mind, whatever it is I think it should be given more airtime and consideration.

“I think it will get there but in my experience, it’s not at the moment.”

Kettle also believes that common assumptions around the causes of depression need to be addressed.

“I was working at a pretty high-pressured job, competing at an elite level, I was captain of my country, all the usual triggers that you associate with depression, I didn’t have. I was financially stable, good friends, good family, it was something a lot deeper than that,” he said.

In a week in which a UK Sport report revealed that nearly a quarter (24%) of British athletes said they were dissatisfied or very dissatisfied with the “measures taken in their sport to optimise the mental health” of high-performance athletes, Kettle hopes that by talking about his experiences he will further highlight the issue and spur others to seek help.

“I’d really encourage them to speak to someone, that’s the most powerful thing I’ve done,” he said.

“You’ll be surprised how many people have had similar feelings or been through something similar or know someone, so the support I received from my teammates afterwards was absolutely incredible and a real source of strength and that for me was the best thing I’ve ever done, to open up and talk to them.

“If you’re struggling, don’t be ashamed, its nothing to be ashamed of, and really try and speak to someone.

“I think sport inherently probably doesn’t encourage people to come out and talk about it. It’s definitely getting better but I think the nature of it is… quite a macho environment. I think it is quite difficult at the moment.”
‘Buddy system’

Being one of a growing number of sportsmen and women to have publicly discussed their own struggles with mental health, one initiative Kettle would like to see is the implementation of a pan-sport ‘buddy system,’ with the aim of creating a mental wellbeing support network involving former and current athletes.

“I really benefitted from speaking to another athlete who had been through something very similar and I think its obviously great that athletes are coming out and talking about it now,” he said.

“I think if we could make those athletes accessible to people who may be struggling, I think that would be really powerful. I love this idea of fraternity and community.

“The only way you can break that cycle is by speaking to people and acknowledging in yourself that you are struggling and there’s nothing wrong with doing that.”