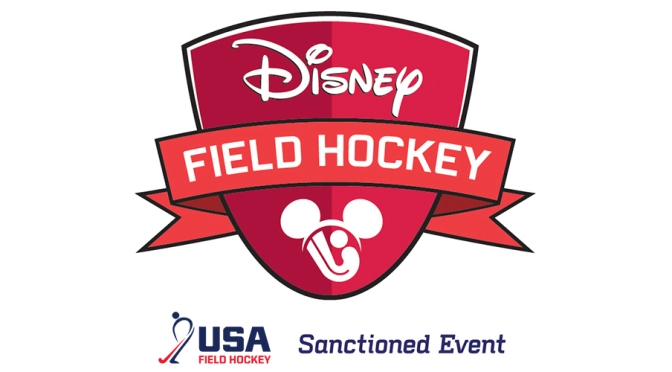 With the extension, the Disney Field Hockey Showcase will take place at the sports complex at Walt Disney World Resort through 2021, but the tournament will move to an earlier time of the year in order to meet the growing demand from club field hockey teams to compete at Disney. The 2019 event will move to February 1-3; the 2020 tournament will run January 31 through February 2; and the 2021 event will be played January 29-31.

This year’s Disney Field Hockey Showcase took place in January and featured more than 120 teams. By moving the event to February in 2019, when the sports complex can make even more fields available for the competition, nearly 150 teams are expected to participate.

The expected increase in participating teams is part of the continued growth and expansion of the event, which began 12 years ago with 56 teams. The event attracted nearly 1,900 athletes this year and more than 2,200 athletes from around the country are planning to come to the 2019 tournament.

“The move to dates a bit later in the calendar is what coaches have been hoping for, so we are delighted that together with our great partners at Disney Sports, we have been able to shift the event to meet the needs of the field hockey community,” said Simon Hoskins, USA Field Hockey’s Executive Director. “Playing a major field hockey tournament at ESPN Wide World of Sports Complex is truly a unique and memorable experience.”

The Disney Field Hockey Showcase, which attracts many of the top youth players in the nation, along with approximately 100 of the top collegiate coaches and recruiters, is one of several elite youth sports events at ESPN Wide World of Sports Complex, the premier site for amateur sports in the nation. The complex hosts more than 100 entertainment and sporting events each year and has accommodated 70 different sports featuring athletes from 70 different countries since opening its doors in 1997. ESPN Wide World of Sports Complex is the host site for the AAU National Championships in basketball, volleyball and track and field, Pop Warner Super Bowl, Disney Soccer Showcase, Summit All-Star Championship and, coming in August 2018, the Jr. NBA World Championships.

Registration for the 2019 Disney Field Hockey Showcase will open on Tuesday, June 19, 2018 at 12:00 p.m. ET. All team registrations will be conducted online or by phone through Disney Sports. A link will be provided to the official event website at a later date, but should teams have questions on the registration process, they should contact Disney Field Hockey at (407) 938-3806.