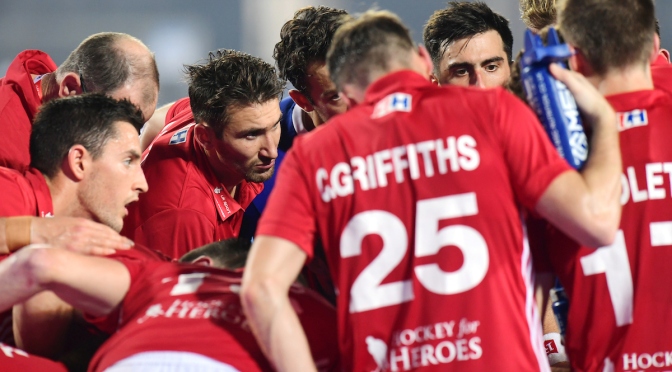 Great Britain men narrowly lost to third in the world Belgium in their second game of a European tour after drawing 1-1 earlier in the week.

The home side applied pressure early on and were rewarded with a penalty corner eight minutes in, but the home side were unable to convert. It was a Loick Luypaert drag flick that broke the deadlock, giving the Red Lions the lead which was sharply followed by a second from Florent van Aubel to double their advantage. Great Britain’s Harry Gibson was being tested in goal but stayed strong, denying Belgium’s attacking line.

Great Britain opened the second quarter with a wonder goal from Alan Forsyth, showcasing his skills in the circle. The second quarter shaped up to be a thriller with both sides eager for goals. In the dying minutes before the half time whistle the Red Lions had four penalty corners with the fourth being put away by Luypaert to give his side a 3-1 lead.

Into the second half the Red Lions pressed on, but a stop on the line from the Great Britain defence denied them the chance to further their lead. In the end of the third quarter Belgium were on the offensive but GB men worked hard to prevent any further goals. In the 48th minute Tom Boon was one on one with Gibson who did well to deny the Belgian in front of goal. In the 55th minute a Luke Taylor drag flick got Great Britain’s second of the game, and both sides pressed on but it wasn’t enough for more goals, and as the full time whistle was blown it finished 3-2 to Belgium.

Congratulations to Scotland’s Lee Morton who made his senior Great Britain international debut.