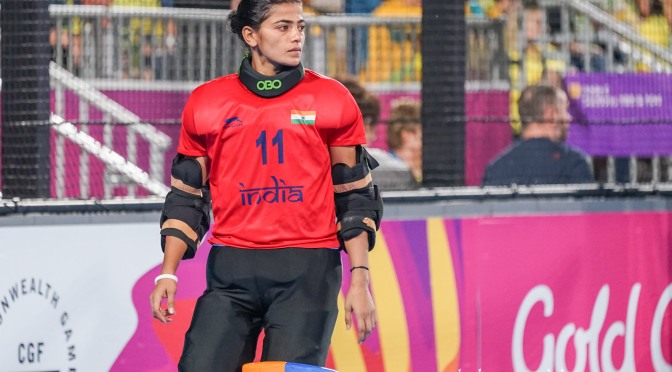 When India women lost the Commonwealth Games (CWG) bronze to England in April this year, the mood was somber. The dream of a major medal had shattered. The preps for the World Cup had received a jolt. The girls, who narrowly missed a place in the final, had to return home empty-handed. Interestingly, three months and seven days from that day in Gold Coast, the same opponents who handed a 0-6 thrashing to win bronze at Gold Coast will await India in their World Cup opener. But the Indian team is approaching the day as an opportunity to stitch the CWG wound for good.

Hosts and world No. 2 England will welcome India on the opening day of hockey’s pinnacle event in London on July 21. While the challenge presents No. 10 India a tough opener, a win will gladden hearts back home, especially Harendra Singh, who has since handed the team’s reins back to Sjoerd Marijne and replaced the Dutchman as the men’s coach.

On Friday, when India announced it’s 18-member squad for the World Cup, team’s goalkeeper and vice-captain Savita recollected that day on April 14 in Australia and explained how it ‘motivates’ the team.

“I believe we lost tempo in the 3rd-4th place match (at CWG) because of the semifinal loss (0-1 against Australia),” Savita said. “But after losing to England, we got together and said that it doesn’t end here. We can’t do anything about what’s in the past now. We have first match (at World Cup) against England again, so we are very motivated. We are mentally and physically ready.”

It’s intriguing to note that India defeated England 2-1 in the pool stage at CWG but their defence came a cropper in the bronze-medal playoff.

“Since CWG, I feel there’s been a lot of improvement,” Savita said.

On their preparatory tour of Spain, India gave a fair account of themselves with 2 wins, 2 defeats and 1 draw in the five-match series.

“In Spain, we experimented and tried some variations. We still have a few days before the World Cup, so we are working on improving those,” the Indian goalkeeper said.

“There is relief in terms of conceding less penalty corners. Yes, there are mistakes at times but it (the defence) is stronger. At times we train with the boys (at national camps) to improve on speed so that we can tackle teams like England, who are fast, in a better way. That helps a lot,” she added.

At the World Cup, India stand third if one gazes through rankings of teams in Pool B, after England (2) and USA (7). Only Ireland (16) is ranked lower than India, who have entered the top 10 for the first time in history.

Following the announcement of India’s 18-strong World Cup squad, coach Marijne also mentioned how important it is to start well against England in his team’s opening encounter.

“In order to reach our first goal of qualifying for the quarter-finals, we can only think about the first match against the hosts and the team is excited and confident of starting well against them in front of a packed stadium,” he was quoted as saying in Hockey India’s press release.

The Indian team will be led by Rani Rampal, who returned to the side for the tour of Spain. She scored three goals in that series, including two in India’s 4-1 win in the last match of the tour.

In terms of history, like India, England too have yet to win a World Cup with their best finish being a bronze medal in the 2010 edition. Meanwhile, India’s best outing was way back in the inaugural edition in 1974 when they finished fourth.

So there’s a lot to play for – for both the teams.