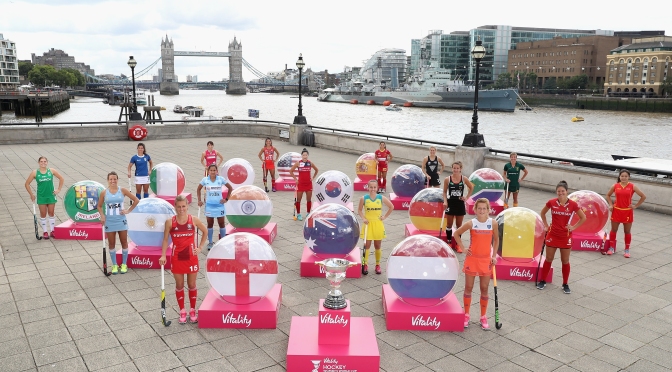 With just one day to go until the start of the worlds largest standalone event in the women’s hockey calendar, the Vitality Women’s Hockey World Cup, India women have just played out their final warm-up match. Playing on the main stadium pitch for the first time, since the relay in the spring, India came through a tough final prep against the worlds No.13 side Belgium, winning 2-1.

Speaking to India Head Coach Sjoerd Marijne after the game, he said, “It was good to play a match in the stadium and experience the pitch. We are ready to start on Saturday against hosts England, and we can’t wait to play in front of 10,000 people. It will motivate us even more to challenge England”.

After a successful few months in the build-up to the Vitality Women’s World Cup, the mood in the Indian camp is very buoyant. The players are on a high and eagerly anticipating what is to come. Only two of the current squad have previously played in a World Cup, one of those is captain Rani Rampal, speaking at the media launch event Rani said, “We are very excited to play in London, the stadium looks great, and the atmosphere will be electric”. When asked how far India can go Rani replied, “we have not set ourselves an overall target; obviously we want to be here for as long as possible, we will plan one day at a time. First, we look to England on Saturday and overturning the disappointment of the Commonwealth Games; we beat them in the group stages so we know what we can achieve”.

India are looking forward to the challenge of facing England on the opening day of the campaign, in front of a sold out Lee Valley Hockey & Tennis Centre.

Before a ball has even been hit the event organisers were in the spotlight once again due to an error with the Indian flag at the recent Captain’s photoshoot. Media across India has been going into overdrive due to the Ashoka Chakra missing from the Indian flag. The FIH were quick to respond “Upon noticing the mistake, the FIH immediately contacted the photoshoot organisers Vitality who corrected the India flag as quickly as possible. We apologise for any offence caused.” Delf Ness, Director of Marketing and Communications, FIH.

Great morning interviewing this bunch by the #Thames in #London 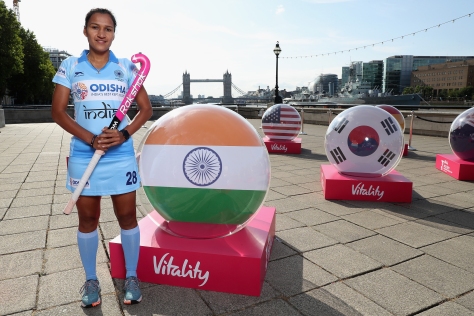 Reigning World Champions The Netherlands will be looking to retain their title they won in The Hague 4 years ago.  New captain and offensive stalwart Carlien Dirkse Van Den Heuvel, who is set to receive her 200th cap Vs Itay in their final group game, said, “Our main target is to retain the trophy, we are in good form but there are some very strong teams here”. 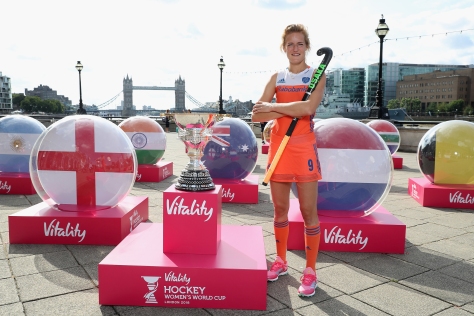