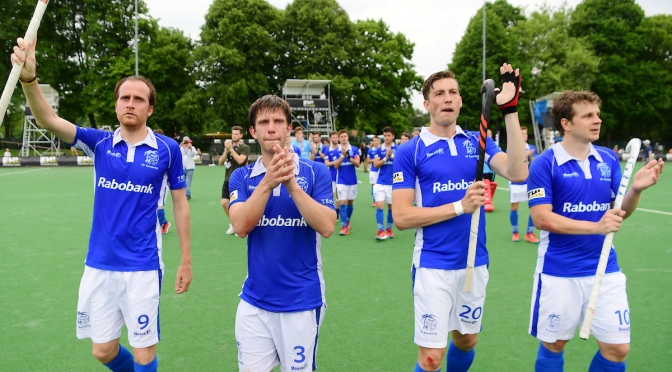 SV Kampong coach Alexander Cox says he is “interested to see” how his new look panel stands up to the rigours of the new Hoofdklasse season following the retirement of four key stars.

Quirijn Caspers, Constantijn Jonker, Sjoerd de Wert and Philip Meulenbroek all finished up their career at the Klapperboom earlier this year with the Dutch national title and a runners-up medal in the EHL.

Replacing them are some homegrown young players as well as Derck de Vilder coming in from Pinoke, Kampong’s first opponent of the season. As such, Cox told the EHL website that he will learn a lot about his team as the season progresses.

“Kampong has changed a lot with the four guys retired so we have lost about 40 years of Hoofdklasse experience and we have two years of experience replacing that.

“You can see the changes in the group. It also gives an opportunity for a fresh start. I am interested to see how it all goes when things get more difficult and when games get tighter.”

The initial signs are good, picking up a trophy last weekend at HC Rotterdam with wins over Almere, SCHC, Rotterdam and Den Bosch.

“We have had a good preparation at the ABN AMRO Cup, beating all the big teams so that means we did a good job. But it doesn’t really say anything because other teams will be really strong this season and maybe didn’t reach their level. It always depends at what phase of their preparations each team is.”

The televised game this weekend on Ziggo Sport is the meeting of HC Rotterdam and AH&BC Amsterdam. Amsterdam have seen Klaas Vermeulen retire and Johannes Mooij move to Atletic Terrassa but have added a trio of players from HGC – Rik van Kan, Wigert Schut and Tom Hiebendaal.

Rotterdam have seen a huge turnover of players with drag-flicker Tristan Algera adding to their corner options, Glenn Turner giving them an extra fulcrum to the attack while Irish midfielder Sean Murray adds to their options.

Lots have moved on with Seve van Ass off to HGC, Paul Melkert going to Hampstead & Westminster, Nick Catiin to Beerschot, Oliver Polkamp to Hurley and Sjoerd Gerretsen retiring.

Oranje-Rood will be without the Asian Games-tied Muhammad Rizwan for their trip to HGC. OR have seen Agustin Mazzill go to Pinoke and Jelle Galema to Den Bosch but have brought in Lucas Martinez.