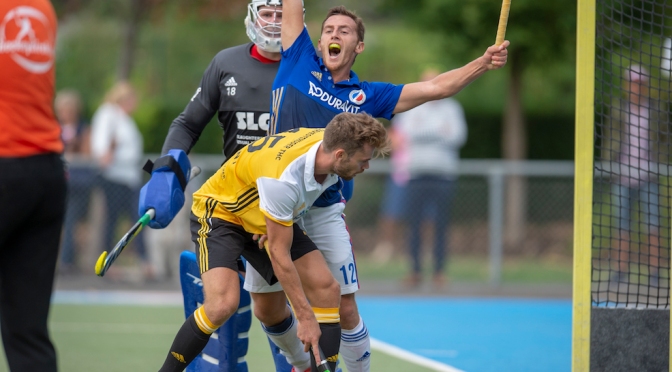 Mannheimer HC got their German league season off to a great start as Lucas Vila scored 14 seconds from the end of their tie with potential top four rivals Harvestehuder THC in a 2-1 win.

Scottish international Hamish Imrie gave HTHC a first half lead before Gonzalo Peillat equalised with 12 minutes left from a corner before Vila won the day.

Speaking afterwards, Mannheim coach Michael McCann said: “In the end, I think it was deserved because we were the better team. However, we did not take our chances; if we did, we would have decided the game earlier. But I’m glad that the team was able to force it in the end so that’s a good start for us! ”

HTHC’s Michael Körper agreed, saying: “Ultimately it’s right that Mannheim beat us today. We defended well but just did not create enough going forward. In the end, MHC had the luck.”

Jonathan Fröschle scored a trio of penalty corners while Matthias Muller and Constantin Staib scored too for Polo to build a 5-2 lead and they held on despite two Timm Herzbruch goals late on.

Rot Weiss Koln started their season with an impressive 3-0 away win over Blau-Weiss Berlin with Marco Miltkau netting two times and Tom Grambusch scoring a corner.