Yes, international Bjorn Kellerman (28) will score even more this season than before. After a very long run from his own half, he managed to combine explosiveness with effectiveness in the top match Amsterdam-Kampong (0-2) . The flexibility of the dull thump in the long corner betrayed a lot of training hours. “But normally I do not practice them every time from my own half,” laughed Kellerman.
‘You have to shoot, otherwise you can not score’ was one of the wisdoms of football legend Johan Cruijff. A wisdom that Kampong attacker Bjorn Kellerman always lived by. The international creates opportunities like no other, is fast in the counter and can already pass defenders in his assumption. But Kellerman is not normally a goal-getter avant la lettre. Sometimes he shoots before you can see that he has received the ball, and the chance has already disappeared. Against the keeper’s legguards. Or in the goal. This season Kellerman exerts extra on his return. That has worked out well so far. Last week against Tilburg, he scored twice in the 6-0 whitewash and gave two assists. With his goals, he suddenly enters other waters: after six rounds and six goals, he is the top scorer of the league competition with the Briton Ashley Jackson and South African Justin Reid-Ross. The highest rated Dutchman. ‘It does not matter how I make goals. Last week I tipped it in. A goal is a goal. Ugly or not. “ But Friday night it was time for beauty again. 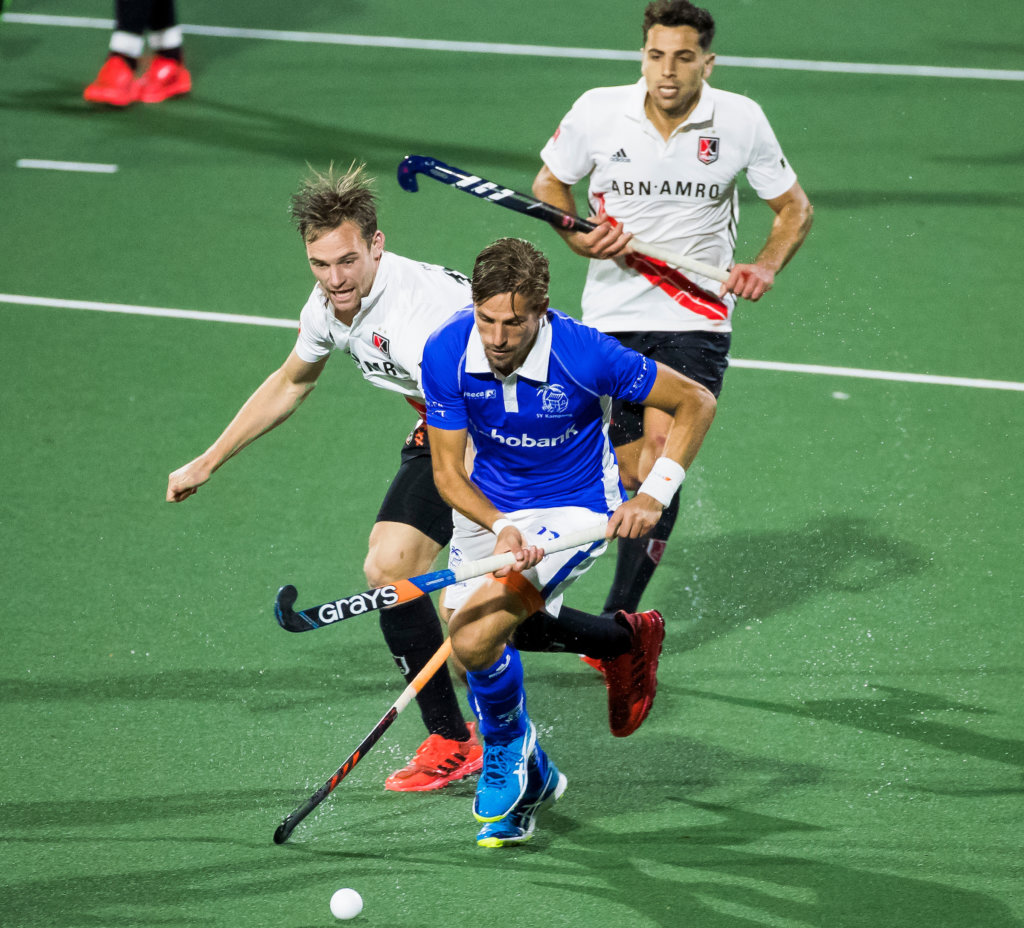 ‘I’ve been training a lot lately’

The wonderful solo in the third quarter broke the top match in the Wagener Stadium. His own description, also pronounced at top speed: ‘I pick up the ball at its own 23-meter line. I see space. I use my speed, find space behind the defense and run them out. It was a shot from the barrel, in the long corner. I’ve been training a lot lately. I am also more focused on scoring. I like that too. In the first half I should have scored, but I was missing. ‘

Whether he had made it so often? ‘I make them very often during training’, Kellerman said, and he meant it seriously.

‘What a world goal’

Elsemieke Havenga, the mother of his teammate Martijn Havenga, came to him after the game. “What a world goal,” she jubilated. It was also a special goal. After such a long rush across the field, it is normally difficult to finish with the climax. But Kellerman did what he can sometimes leave. He was not rushed, not out of balance, but in perfect cadence, and aimed from the right side of the circle against the left side board. Hard. Decisive. ‘Beautiful, relaxed in the corner. You just have to do it. You know that if you aim well, it’s a goal. “

In less than ten weeks the World Cup will start in India. Kellerman was not selected for the Champions Trophy in Breda . If the international who debuted at the age of 25 in Orange in May received a message, he will at least show that he is very busy with it. He has a different role at Kampong by stopping strikers Constantijn Jonker, Quirijn Caspers and Philip Meulenbroek anyway. “There is now more responsibility with me and other boys. I am now one of the oldest guests, who must ensure that the training and competitions run and the youngsters are guided. But I’m not really busy with India tonight. From Monday to Wednesday I am working on the Oranje, when we train. The rest of the week with Kampong. On Friday and Sunday I have to pop in the matches. Getting profit. “