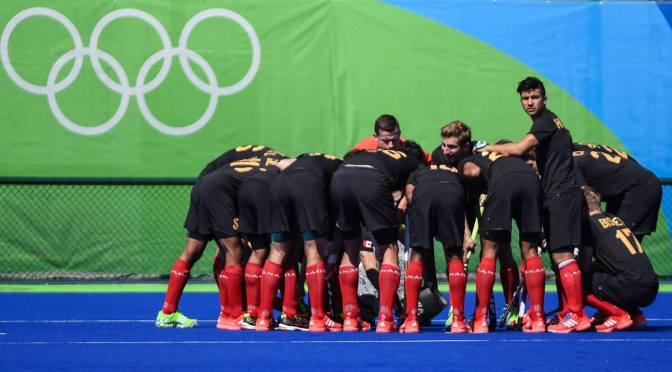 Every Olympic cycle has its pinnacle and for the Canadian men’s national team, this weekend is it. The Oct. 26-27 two-game series against the No. 13-ranked Ireland is all that stands between Canada and a spot to the Tokyo 2020 Olympics. There are no second chances. This is it.

“The team has been training hard for the last seven weeks as a squad and athletes have been competing well for selections for this series,” said Canadian head coach Paul Bundy. “The energy has been good and the team is excited to play in front of their home crowd.”

Fourteen teams will be playing in these two-game series happening around the world for the final seven spots to the Olympics slated for next July. Teams need to win on an aggregate score over two games in two days in a hope of joining the already-qualified Japan, Argentina, South Africa, Belgium and Australia.

For Canada, all that stands in their way is Ireland.

“The new format makes things interesting and with only two games, both teams will want to start well,” added Bundy. “Experience and form will play a big factor in this. We will need to manage Ireland’s threats and make sure we stick to our game plan while staying disciplined and playing our Canadian style of hockey.”

“Once you reach this stage of the Olympic qualification process, all the teams you could potentially face are good and have quality players. I don’t think the mentality changes (based on) who you play. It’s more about what you are playing for at this stage and that is punching your to ticket to Tokyo.”

The two teams have a similar style and standing as Canada has a three-position lead in the world rankings at No. 10. Ireland have been on a meteoric rise internationally but have suffered recent setbacks. When they sealed their spot to the Rio 2016 Olympic Games they marked the first time in sporting history that an Irish team, in any sport, qualified for an Olympic Games since 1908 in London.

Ireland features 2015 FIH Hockey Stars Goalkeeper of the Year Davey Harte and midfielder Shane O’Donoghue. The Green Army are looking to bounce back after a disappointing performance at the EuroHockey continental championship in August. Ireland finished in eighth after sinking to the bottom of their pool behind both No. 25-ranked Wales and No. 21-ranked Scotland. Ireland were also runners-up to France in the FIH Series Finals despite being the favourites by a mile.

Those performances led to a coaching change with Alistair Cox walking and making way for head coach Mark Tumilty, announced just in September. It’s a new month and lots on the line and there is no shying away at what Ireland is capable of.

A CLOSER LOOK AT CANADA

Canada is in much a similar bounce-back mentality after failing to book their spot to Tokyo at their continental championships, the Pan American Games. Canada surrendered the gold-medal game to Argentina by 5-2 after hoping to knock off the reigning Olympic champions.

Both Ireland and Canada can do nothing but look forward and for Canada, there is much to be excited about. Canadian captain Scott Tupper will be pivotal for the team’s success. The two-time Olympian has been the team’s longest serving threat on the penalty corner battery and is the highest internationally capped player for team Canada (306).

“We are looking forward to the series and finally getting going,” said Tupper, who was Team Canada’s flag bearer at the 2019 Pan American Games opening ceremonies. “We have had a good lead in with our training and the players are excited to get started and play in front of our home crowd.”

This do-or-die scenario is not something that is unfamiliar to the Canadian players. Every Pan American final has been a winner qualifies situation, while in 2015 a quarter-final win at the World League Round 3 event was the real cement behind their Rio 2016 Olympic qualification. Nobody knows that pressure better than Canadian keeper David Carter who is remembered for his dynamic saves in the shootout win over New Zealand.

“’The pressure of an Olympic Qualification game is very unique but we’ve trained extremely hard these few months in preparation for Ireland,” described Carter, who was a nominee for FIH Goalkeeper of the Year in 2015. “That’s all we can do is prepare and trust that we’ve done all the work to mitigate the pressure of not only an Olympic qualifier, but playing two of our team’s most important games ever in front of our friends, family and fans.’

TUNE IN NEAR OR FAR

For Canada fans both near and far, the game will be more accessible than ever. Canadian residents can stream the game live via cbcsports.com while the FIH will have all Olympic qualifier events streamed live at fih.live.

“We rarely play at home and to have the opportunity to be in front of the next and past generations of our alumni, friends, family, peers and team mates is very special and fundamental for the growth of our sport,’ acknowledged Bundy.

Those travelling to Rutledge Field in West Vancouver can purchase tickets online, while volunteers are also still being recruited. Both games will push back at 2:00 p.m. Pacific Time. Visit the Olympic Qualifier event page for more information.