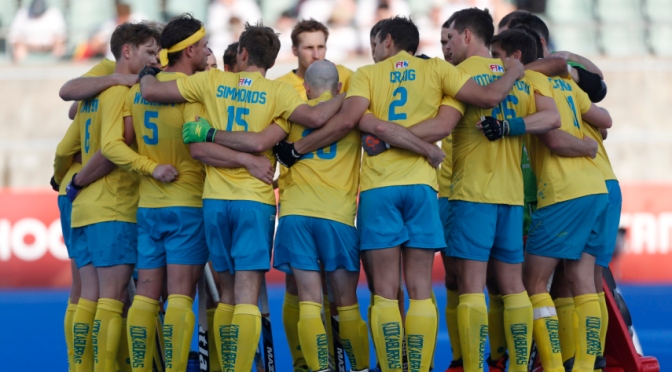 Hockey Australia have made the determination after regular consultation with the Chief Medical Officer of the Australian Institute of Sport, and after monitoring the latest updates from the World Health Organisation and Australian Government.

“We have engaged extensively to seek the best and most recent advice on the Covid-19 virus to inform our recommendation not to travel,” said Hockey Australia CEO Matt Favier.

“We have been tracking the progression of the virus in Europe with the hope it could be contained. Unfortunately, the increase in the number of cases and the spread of the countries now impacted has led us to this decision.”

This comes after the FIH postponed the Hockeyroos’ matches in China next weekend, while the Azlan Shah tournament in Malaysia the Kookaburras were scheduled to play in has been postponed until November due to the threat of the Coronavirus.

The Kookaburras were scheduled to fly out to Europe tomorrow followed days later by the Hockeyroos for their European matches of the FIH Hockey Pro League.

“As is our usual practise, Hockey Australia places the safety and wellbeing of our athletes and staff as our number one priority,” said Hockey Australia Head of High Performance, Toni Cumpston.

“This decision has not been taken lightly, however we believe that at this point in time, it is the right and only one we can make to ensure the health and safety of our athletes and staff, and provide our programs with the least amount of risk in terms of impacting their Olympic preparation.”

“While we are disappointed to miss the European leg of our 2020 FIH Pro League campaign which involved vital matches for our preparation for the Olympics, we have already begun reviewing our plans to ensure we have the best possible preparation for Tokyo 2020.”

“Our view is that even with taking every precaution around travel hygiene, we would be heading into areas of known risk, which is just not sensible when we also have an Olympic campaign to navigate.”

FIH CEO Thierry Weil said: “Hockey Australia has informed us about its decision and while it is disappointing, we do understand the reasons for it. The upcoming FIH Hockey Pro League matches of Australia in Europe have been put on hold. We will continue to work closely with all parties to try to play these matches at a later stage, if possible.”