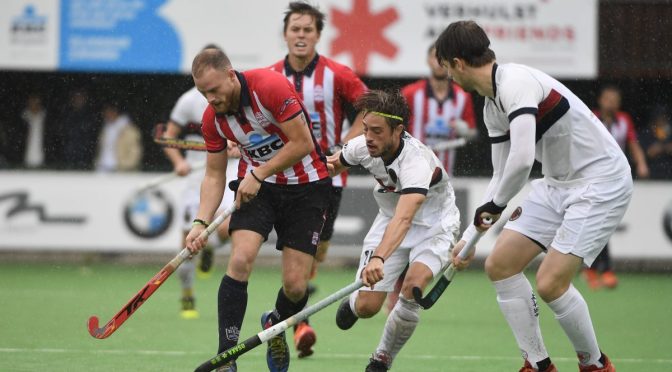 It follows the ARBH’s decision to formally end the season this week. Due to the exceptional circumstances created by the coronavirus pandemic, the Belgian governing body has decided not to award formal champions this season for their Honor Divisions.

The ARBH decided to award the European places based on who won the most points in the first half of the season across the two groups, but with three teams all on 22 points, the decision to place Beerschot in 5th place has caused a lot of criticism on the ARBC.

To make matters worse, in August last year, Hockey Belgium restructured the Audi Hockey League and split the season in to two pools, with the top four from each pool qualifying for the end of season playoffs, with EHL qualification going to the winners, runners-up and third place finishers. At the time of Hockey Belgium declaring the 2019/20 season as finished, Beerschot were sitting top of Pool B. With the goalposts being moved halfway through the season a lot of players have expressed their concerns.

The announcement also sees no sides relegated with the best two placed sides from the second divisions being promoted with the Honor Division increased to 14 teams with the aim of returning to 12 for the following season.

In the Netherlands, the KNHB’s Eric Gerritsen said to NOS this week he still hopes that the Hoofdklasse can be settled on the pitch.

“We are realistic and well aware that it is not a given that everything will immediately open again in May,” says Gerritsen.

“But the central point is that we want to bring club life back to the clubs. That is why we want to wait as long as possible to see if we can return to hockey again at some point.

“If it goes on longer then there are also alternative scenarios, for example, splitting the competition into two or three groups.”