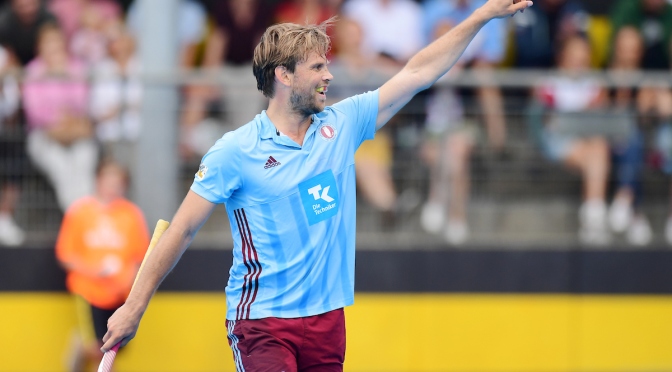 In the first instance, Fürste has to compensate the absence of the Argentinian Lucas Rossi in Kontich.

Moritz Fürste (35) can present a great record of achievements. The former captain of the German national hockey team won the gold medal with his country at the 2008 and 2012 Olympic Games and also became world champion with Germany in 2006. In 2012, Fürste was named World Player of the Year. At the club from Kontich, Fürste has to compensate the absence of the Argentinian Lucas Rossi.

“There are administrative problems with the renewal of Rossi’s documents,” said Alexandre De State, manager of the Beerschot men’s team. “We hope that Rossi can rejoin the group as soon as possible. We do everything we can to find solutions. How we tracked down Fürste? It is the Beerschot scouting cell that contacted Fürste. We are very proud to be able to present it soon.

In June 2019, Fürste announced his hockey retirement at his home club Uhlenhorster UC from Hamburg. With the arrival to Beerschot, the 262-time international is therefore returning to that decision. Whether Fürste can be admired on Saturday in the purple and white shirt of Beerschot in the Antwerp derby against Dragons is not yet certain. “We cannot yet say an exact date for his debut in the Belgian league,” said De State.

The nerves will be tense on Saturday because Beerschot started, with a defeat against Léopold and a draw against Antwerp, with one in six in the competition. Dragons fared even less well with two losses. Because a first selection in the league is already made after thirteen match days – the best eight teams then go on to the play-offs – points gain is very important for both teams.